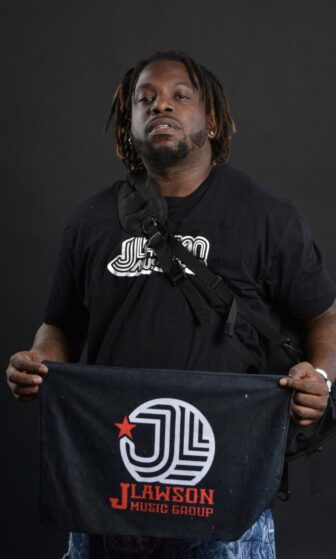 Artist Bonafide. fly aka Stuntmanfly Hailing from Atlanta Georgia born and raised is bringing a familiar twang back to the Hip Hop era with a newly confident voice.
At the age of 17 Starting his own crew in 2006 entitled Gorilla Squad Mafia (GSM) he was driven to succeed in the music industry. In 2011 he change (GSM) to Gas House ENT. Fly and VP Beezy B decided it was time to take the brand to another level.
On his journey in the Music Industry Fly Opening and performing in multiple clubs and lounges in Atlanta Georgia. Recording Music from his own home studio after at One of the major studio’s in Atlanta was robbed and all his work was stolen so it was time for a change. Keeping God In his life while balancing his career, wife, and kids still recording music daily. Throughout the years recording mixtapes promoting his music on SoundCloud and other internet platforms also the night clubs in Atlanta always pushing and working to reach the next level. Fly Contacted an old friend Mr.Flamboyant who he has known ever since he was a little kid. He uses to listen to Mr.flamboyant album alone warrior and that gave him the inspiration to keep doing music. Now Fly is working with Mr.Flamboyant Releasing a new single (DIS DAT) under Jlawsonmusicgroup. Working with upcoming producer Mike Shealey on (DIS DAT) and a few other hit songs the chemistry was just amazing the first time we connect. Working with Multi-Platinum Producer/Artist John Boy On Da Track who is known for Producing and writing the worldwide hit Song (Wobble). We collab on a big hit that will be released on jlawsonmusicgroup and this was also amazing working with him in another Major Studio in Atlanta. Currently Fly is working with label Partners Ebony Camille on a few hot songs and in the works of doing a masterpiece with Mr.Flamboyant.